So this is the 40th build of the game and there have been a few additional changes made. Most notably, I fixed an issue with the high score system so it's now possible to post scores on WebGL (I may do a small patch to the current version to get that working). I changed it by using Unity.Networking.UnityWebRequest rather than System.Net.WebRequest for the web build of the game. I will also be enabling medium maps again on WebGL to see if it runs okay now that SSAO is disabled on WebGL.

The next major change was getting all the icons working for the Rune. (Both of these are fairly small changes, but worth noting anyway). This gets the rune to what I consider a complete state.

I will probably not implement the firestorm skill simply because when I wrote the original player system I was in a rush obviously since it's a game jam, but it's a disaster. It was not really designed in a manner that leveraged itself to having new spells added. You live and you learn but I should have made a spell class and used that instead.  Below is a screenshot of the aforementioned disaster.

This leaves me to my final bit. Other than some basic polish here and there and some bug fixing., The last thing I plan on adding is health bars for the skeletons above their head.  Remember, this build takes us to 1.1 and it will not get released until voting for the jam has concluded (July 26th).

What a mess..... Even the names aren't consistent. I'd mark this post as explicit if I could. 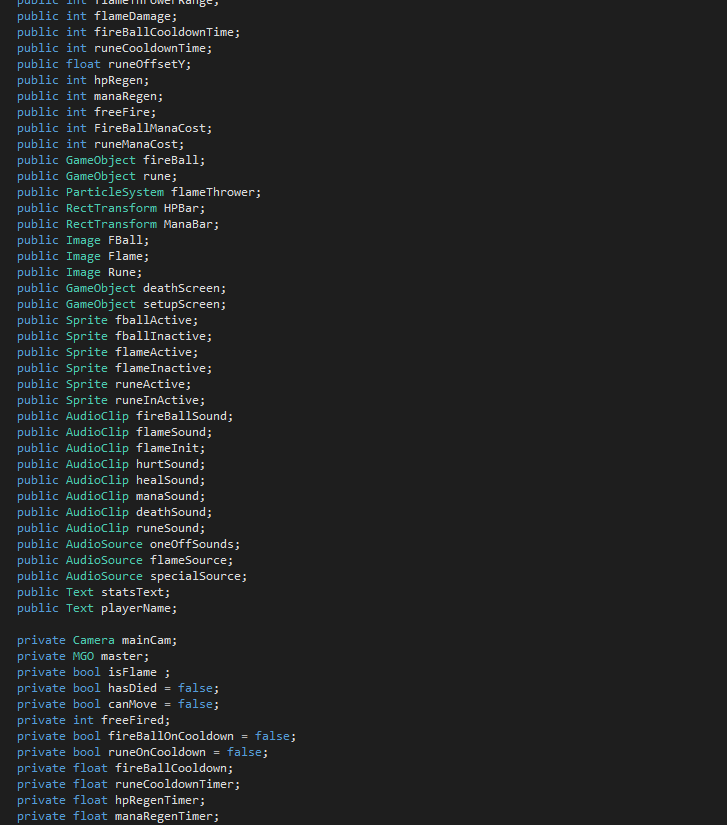 
Really liked the game, the hard work shows. Keep up the great work!